Announcing the Degenerate Craft Fair, a sort of anti-art-fair featuring over 20 artists and designers. Just in time for holiday shopping, it will take place in the first three weekends of December at three different locations, and feature works of art generally priced under $50.

Organized by artists Amy Wilson and Shannon Broder, this event was originally designed to help a group of friends weather the recession together. “Artists have been really devastated by the terrible economy. So we wanted to come up with a way to help ourselves to make a little extra money by selling inexpensive versions of our work – books, prints, multiples, whatever we can come up with,” states Wilson. From that point, the DCF was founded and has now grown to involve a whole variety of artists and objects, including jewelry, stuffed animals, CDs, stickers, clothing, zines, and even square inches of Detroit, MI.

BravinLee programs, Chelsea (NYC) 526 West 26th Street (nearest subway: C/E to 23rd Street) December 18th from 12pm to 9pm; December 19th from 12pm to 6pm Our last stop is a gallery in the midst of the Chelsea art market, and features a cocktail reception on Friday from 7pm to 9pm.

The DCF is sponsored by Kickstarter (http://kickstarter.com) and Crazy Company (http://makeloveland.com).

We are on hiatus!

We have had six AMAZING years but unfortunately there will be no Degenerate Craft Fair for the 2015 holiday season. We are so touched by the community and all the artists that have participated in the past, we will miss you this year! Please keep an eye out for future events! 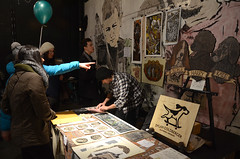 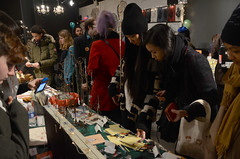 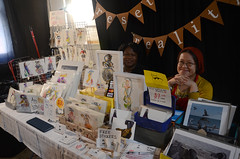